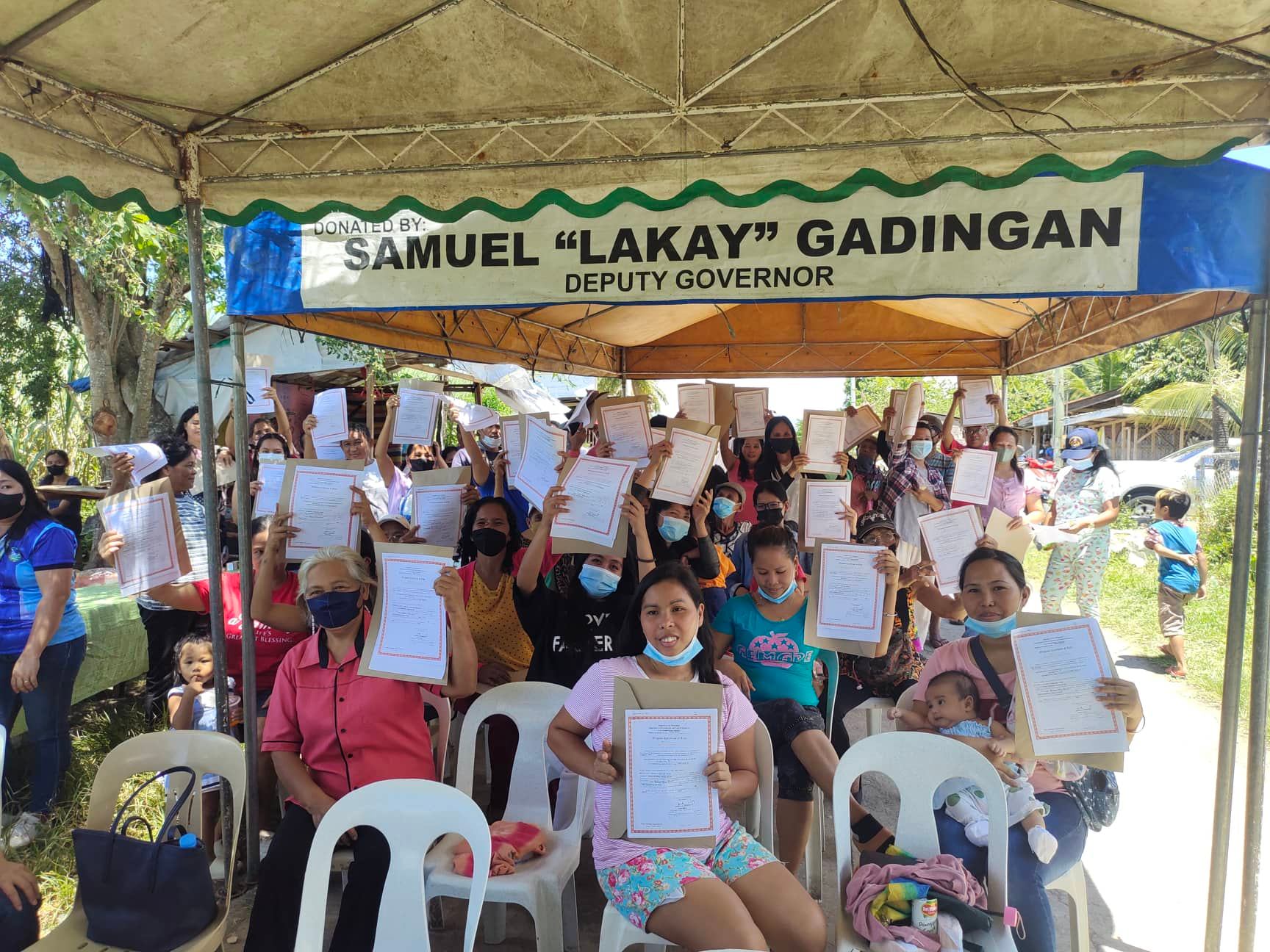 Staying true on its aim to effectively and efficiently improving land management and administration, the Department of Environment and Natural Resources (DENR XI) through its Community Environment and Natural Resources Office (CENRO) Digos City awarded 61 land titles to beneficiaries of Barangay Union, Bansalan, Davao del Sur on September 30, 2022. This activity is also in line with the culmination of the Civil Service Month and the celebration of the 121st Lands Anniversary with the theme “Promoting Effective Land Governance through Geospatial Services”.

True to the theme, conferring the titles to the residents of Barangay Union is part of DENR’s Handog Titulo program which seeks to expedite processing and issuance of public land patents to qualified recipients, ultimately aiming to alleviate poverty and advance development. This initiative of the Department is also part of the staunch advocacy of His Excellency Ferdinand R. Marcos, Jr., whose priority programs include sustainable development and economic recovery and improvement.

Present during the event was Atty. Peter Armand L. Henares of the Registry of Deeds (ROD) Davao del Sur who emphasized the importance of applying for land titles, highlighting that “land titles are the only acceptable document in any transaction involving land disposition and these documents are a form of legacy to all of our future generations, securing tenure of land for our next of kin.”

He also added that he is grateful for the DENR, through CENRO Digos City and PENRO Davao del Sur in closely working with the office for the fast delivery of service to the communities of the province.

Punong Barangay Maria Virginia H. Claros of Brgy. Union, Bansalan also shared her gratitude for the efforts of DENR personnel, who painstakingly aided the residents in understanding the program, and in their unending efforts in following up documentary requirements and responding to common questions of her barangay members. This, despite the fact that CENRO Digos’ area of responsibility is not limited to the Municipality of Bansalan alone.

CENRO Colong said that DENR XI will continue to help the communities in their environmental endeavors. And being an office, which champions land targets and deliverables, he said that the Handog Titulo program shall continuously be implemented amongst the seven (7) administrative areas of responsibility of CENRO Digos. (Cylle Marie S. Nadonza/CENRO Digos)