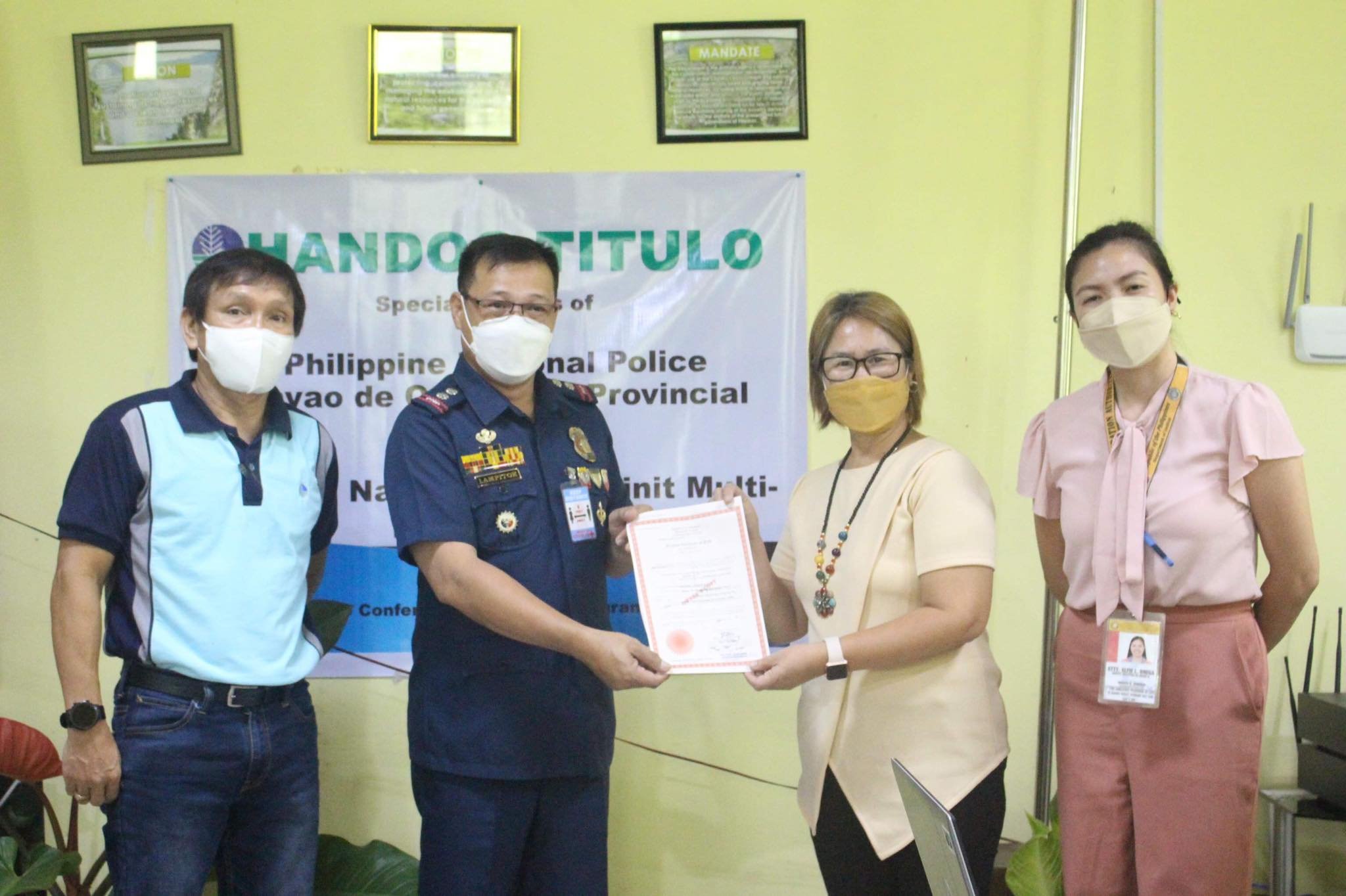 The special patent vested to PNP-DDOPPO covers a total of 24,603 square meters of land for its main headquarters in the Municipality of Nabunturan while the BLGU of Mainit covers an area of 1,155 square meters for its Multi-purpose Gym.

Police Colonel Leonard L. Luna of PNP-DDOPPO, represented by its Chief of Logistics Constancio A. Lampitok, Jr., and Punong Barangay Mark Anthony O. Chan of BLGU Mainit expressed their heartfelt gratitude to the DENR for its service- from facilitating the processing to the awarding of the said land titles.

DENR Davao de Oro’s PENR Officer Dr. Rita Fe C. Gunn led the turnover of the titles and emphasized that the office is fully committed to its mandate of improving land administration and management as well as in the disposition of land to qualified beneficiaries and contribute to nation-building.

Special Patent is a public instrument issued by the government confirming the grant by the State of the ownership over a parcel of agricultural land in favor of the grantee by virtue of a Law or a Proclamation by the President of the Philippines purposely for public use.

With PENRO Gunn were CENR Officer of Maco Martiniano G. Rotol who facilitated the land titling and Atty. Alfie L. Omega of the Registry of Deeds – Davao del Norte.