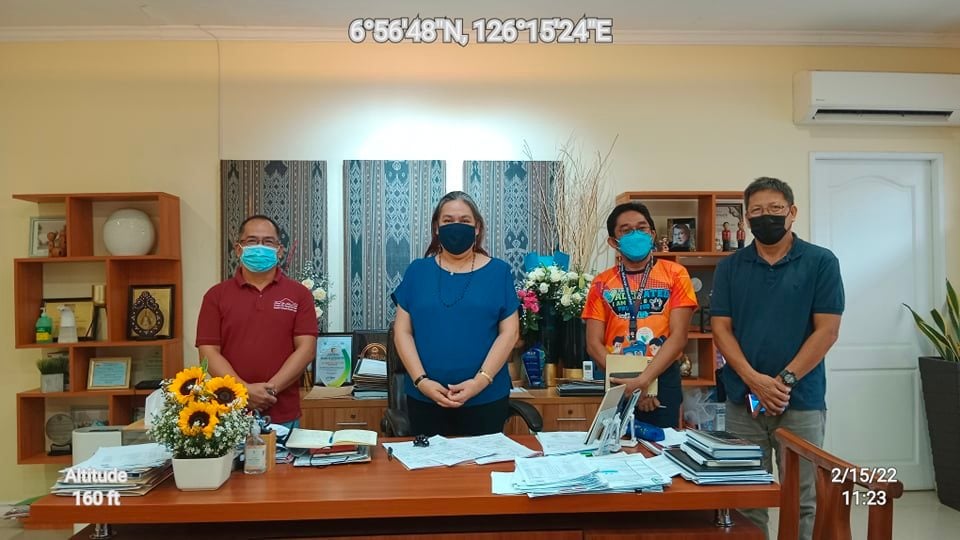 With the aim to bolster the relationship between the Department of Environment and Natural Resources (DENR-XI) and the Local Government Units (LGUs), OIC, Provincial Environment and Natural Resources Officer (PENRO) Pablito M. Ofrecia of Davao Oriental visited the municipalities of Baganga, Cateel and Boston. Through these courtesy calls, PENRO Ofrecia was able to discuss the agency’s plans and programs as well as the effective ways in which both the DENR and respective LGUs could work hand-in-hand in the protection and conservation of the environment and natural resources of Davao Oriental.

PENRO Ofrecia, together with some of his officials from the province, also paid a courtesy visit to City Mayor of Mati Michelle N. Rabat and Tarragona Mayor Nestor L. Uy.

Furthermore, PENRO Ofrecia also emphasized that DENR-XI needs the support of the LGUs in terms of increasing the number of Bantay Gubat personnel in order to efficiently monitor the large expanse of Davao Oriental’s forestland.