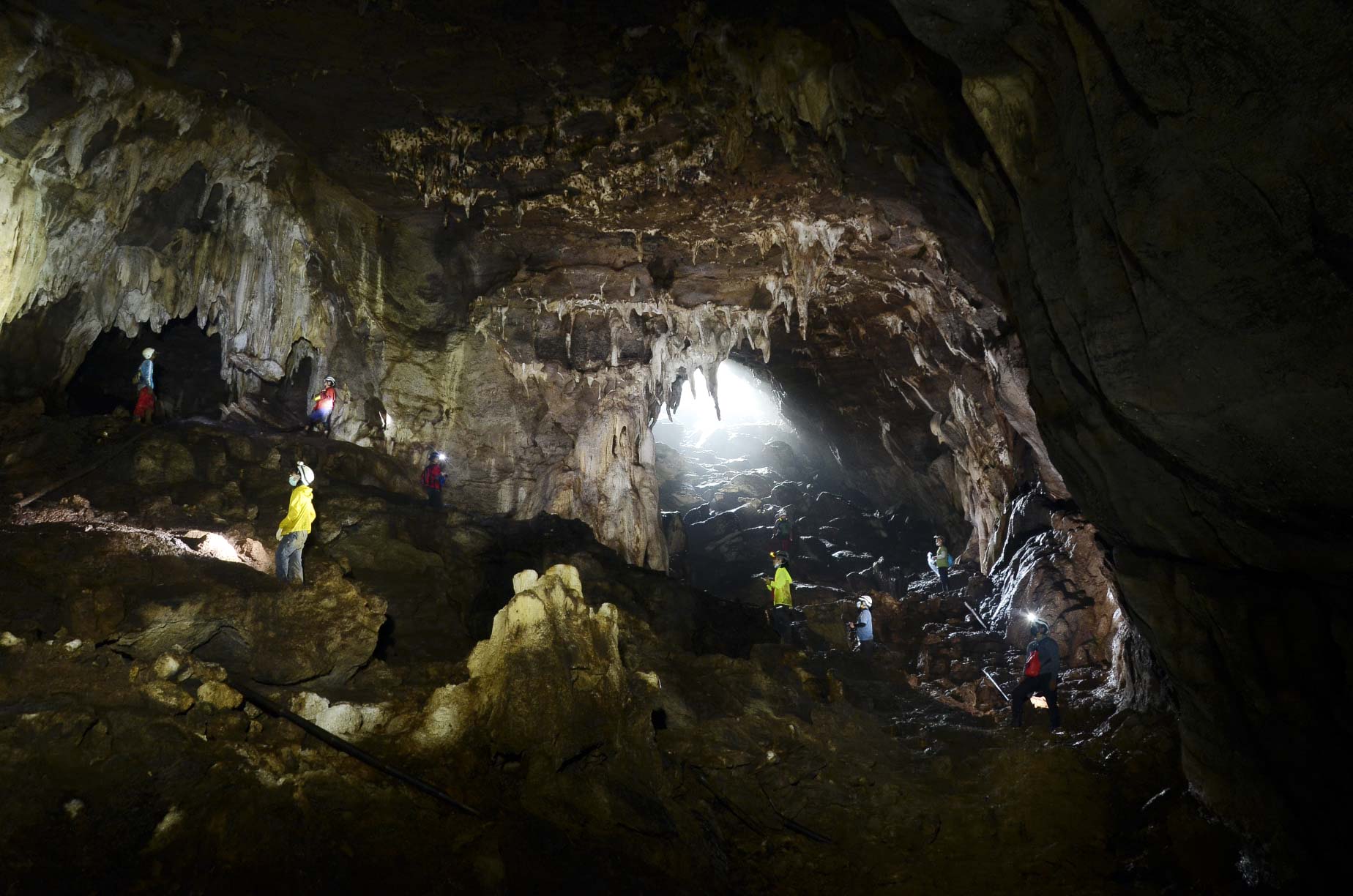 Caves or caverns are just one of the infinite unfathomable wonders of nature. One can tell just by gazing at its intricate and ethereal formations that were formed by the slow passage of time.

As an implementing agency on the management, conservation and protection of caves and cave resources as part of the country’s wealth, the DENR regularly conducts inventory, assessment and classification on the region’s caverns. To date, among the hundreds of caves in the region, DENR-XI was able to assess and classify at least 119 caves.

One of which is the Kilabot Cave in Brgy. Ngan, Davao de Oro which was recently assessed by the team from DENR-PENRO Davao de Oro, CENRO Monkayo and Mines and Geosciences Bureau (MGB) along with the assisting professionals from Davao Speleological Conservation Society (DSpeCS).

Kilabot Cave has been classified as Class I which means that it contains fragile and delicate formations and is ought to be used exclusively for scientific studies as well as for exploration, documentation and mapping purposes. It is also prohibited to be explored by tourists due to the hazards caused by limestone dissolution on its subsurface.

Another cave that was assessed back in 2016 in Davao de Oro, categorized as Class II, is the Combilan Cave. Biologists tagged it as one of the most biologically diverse caves in the region. Though initially assessed having damaged and had signs of extraction, it was reported that the stalactites and stalagmite start to recover. Guano harvesting and harvesting of mineral resources also halted, report say.

PENROs Davao Occidental, Davao Oriental, Davao del Sur and Davao Norte are also keen on the implementation of Caves Development and Management Program. In fact, through the Regional Cave Committee (RCC) and DENR XI’s Conservation and Development Division (CDD), these field offices provide updates and substantial information on the conservation of their respective caverns. RCC is a multi-stakeholder policy making body organized to ensure that the caves are properly managed and protected by enforcing the provisions set forth by the law.

More than the adventure, historical and tourism value, Marigelaine Arguillas, Chief of DENR XI’s Protected Area Management and Biodiversity Conservation Section Chief says that “Caves are important natural resources because of their role in indicating a healthy environment. It also plays key roles in groundwater movement and serves as habitat for threatened and endangered animal species.”

Let’s get to know more about the caves from other provinces soon.