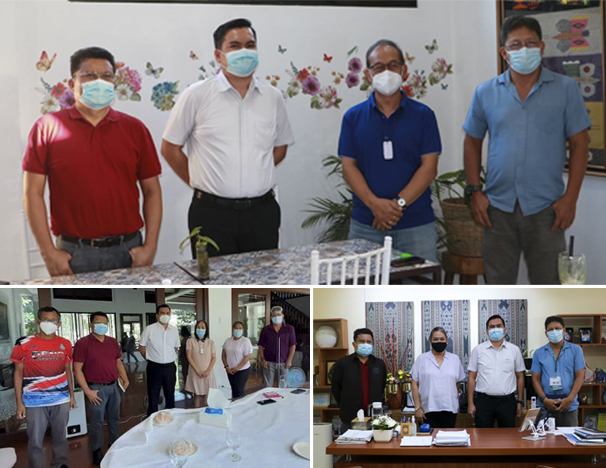 To further strengthen collaboration and partnership with the Local Government Units in the conservation and protection of the natural resources in the region, Department of Environment and Natural Resources XI Regional Executive Director Bagani Fidel A. Evasco visited top officials of the Province of Davao Oriental first week of August.

RED Evasco had a brief meeting with Mati City Mayor Michelle Marie Denise N. Rabat on Wednesday and discussed about different environmental issues and concerns in the city. Having the same goal, RED Evasco assured the Mayor that all DENR activities, programs and projects particularly on environmental protection within the protected area and biodiversity conservation shall be closely coordinated with the LGU.

Later that day, RED Evasco also had a meeting with Davao Oriental 2nd District Representative Joel Mayo Z. Almario. Discussion subsumed on fund sourcing strategy that will underpin DENR’s programs and projects. They also discussed doable projects that may be implemented in the 2nd District of the province. For that matter, the Congressman urged an intensified protection of the coastal areas as Davao Oriental thrives on tourism. In 2003, June 25 has been declared in the Philippines as “Arbor Day” through Presidential Proclamation No. 396 which states that this day shall be observed across the nation by planting of trees and ornamental plants.

In 2012, the late Pres. Benigno Aquino III signed the Republic Act 10176 which revives tree planting activities as a yearly event for local government units and mandated the planting of at least one tree per year for able-bodied Filipino citizens aged 12 years old and above.

On conducting tree planting activities, the DENR pushes to plant native tree species particularly in the implementation of the agency’s reforestation program through the Expanded National Greening Program or the ENGP.

“Lipote” (𝑠𝑦𝑧𝑖𝑔𝑖𝑢𝑚 𝑝𝑜𝑙𝑦𝑐𝑒𝑝ℎ𝑎𝑙𝑜𝑖𝑑𝑒𝑠) is one of these indigenous trees- a fruit tree that is native to the Philippines but is now rarely found in its natural habitat and now classified as vulnerable potentially endangered. According to DENR’s Ecosystems Research and Development Bureau (ERDB), this species must be saved from extinction, thus, needs immediate protection and conservation measures due to its economic importance and usefulness as a highly nutritious food source.

In Davao Region, one of the few identified areas where Lipote can be found is in Brgy. Buda, Marilog District, Davao City. The trees were planted and grown in a farmland by a Missionary Priest who brought the seedlings from Luzon several years ago. Earning the fruit of his labor, the priest has already harvested a few kilos of its fruits every two (2) weeks and processed them into wine and juice. The fruiting season is all year round where honeybees exude the nectar that turned into honey. This adds another livelihood - the honeybee farming.

Now, the seeds collected from Lipote fruits are being germinated in the nursery where the ENGP People’s Organizations (POs) in Barangay Buda will use the propagated seedlings as planting material for the establishment of Lipote plantation.

As a measure to reduce the plastic waste generation in Davao City, the “No to Single-Use Plastics Ordinance of 2021” has been already signed by Mayor Sara Duterte.

The ordinance bans the use of single-use plastics and will likewise regulate its sale and distribution.

Among the products that are prohibited to be sold include drinking cups, ice cream cups, condiments and containers, stirrers, straws, egg containers or clamshells, balloon sticks, meal boxes and cutleries among others. (𝑆𝑜𝑢𝑟𝑐𝑒: 𝑆𝑢𝑛𝑆𝑡𝑎𝑟 𝐷𝑎𝑣𝑎𝑜)

Reports say that Davao City’s sanitary landfill’s capacity level has already been maximized due to the onslaught collection of wastes. The rising population and the increase of consumption can be attributed to the rapid generation of waste.

It is expected that through this ordinance, the plastic pollution in the city will be addressed. 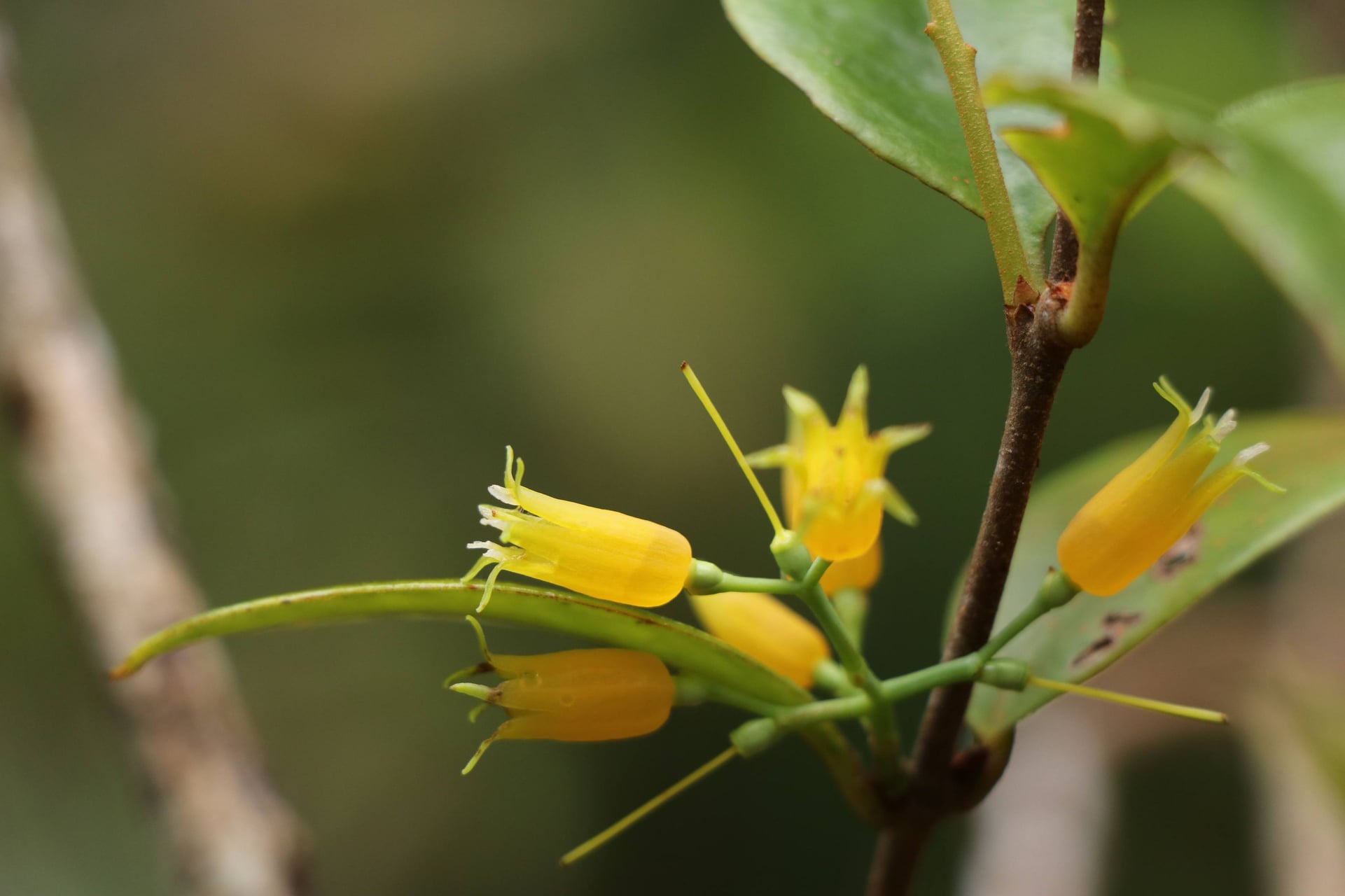 Just in time to celebrate World Environment Day today, Mt. Hamiguitan Range Wildlife Sanctuary (MHRWS) in Davao Oriental has unearthed yet another flora species that is the first genus ever recorded in the Philippines and the 5th species in the world.

𝐴𝑚𝑦𝑙𝑜𝑡ℎ𝑒𝑐𝑎 𝑐𝑙𝑒𝑜𝑓𝑒𝑖 Tandang, Galindon, & A.S.Rob. is a newly described flowering plant under the family Loranthaceae which was first documented in 2019 at MHRWS by the researchers from the National Museum of the Philippines and the Central Mindanao University.

Members of the family Loranthaceae are collectively called as mistletoe and they have an exceptional lifestyle as a hemiparasite. Mistletoes are dependent on birds to disperse their seeds to other branches of their host plants. When a bird eats the mistletoe fruit and poops (excretes), the sticky seed will attach to the branch and a specialized root-like structure called haustorium will emerge and penetrate to the host tree or shrub to extract water and nutrients for its growth and nourishment.

This newly described mistletoe was named after Clint Michael B. Cleofe, Ecosystems Management Specialist 1 of DENR XI – PENRO Davao Oriental, who joined and assisted the researchers during their expedition in Mt. Hamiguitan Range Wildlife Sanctuary which is one of the protected areas in Davao Region, likewise a UNESCO World Heritage Site and an ASEAN Heritage Park.

Our environment has infinite wonders to offer. It might be deteriorating but each day is a chance to take actions to protect, preserve and conserve it. 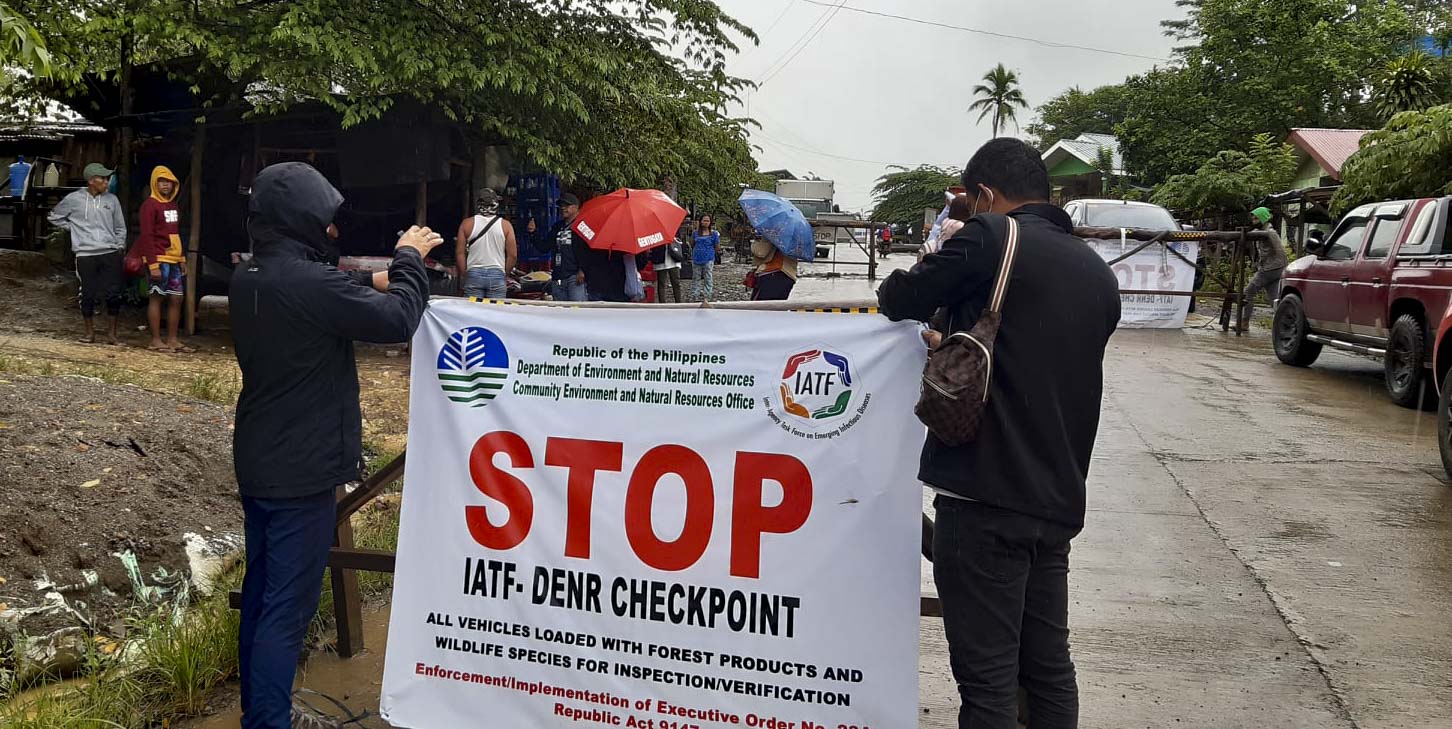 On the 1st of June 2021, a joint site inspection at Brgy. Melale, Laak, Davao de Oro bordering So. Ferdinand, Loreto, Agusan del Sur was conducted by PENRO Davao de Oro-CENRO Maco and PENRO Agusan del Sur-CENRO Loreto for the proposed establishment of joint checkstation. An unofficial report was then handed over stating that there is a certain DENR checkpoint already operating in the said area.

The report also says that is embedded in a military checkpoint and that the unidentified personnel manning it are allegedly collecting P 7,500.00 per passing of truck loaded with forest products.

Both offices of DENR Davao de Oro of Region XI and Agusan del Sur of Region XIII expressed no knowledge of the said “checkpoint” thereat, thus, the immediate probe. The team proceeded to the military checkpoint for inquiry, which, the uniformed personnel said that the men manning the said checkpoint were claiming affiliation with the DENR.

The unidentified personnel in the “checkpoint” was also called out for the installed unofficial signage with DENR logo and CENRO text with unspecified address in it as well as an IATF for Covid-19 which is not under DENR’s direct mandate. They were then asked to take down the signages immediately.

This is to hereby inform the public that the DENR-XI, its field offices and its personnel are not affiliated or in any way connected to the operations at the “checkpoint” in Brgy. Melale, Laak, Davao de Oro.

It is unauthorized, bogus checkpoint and is a clear misinterpretation of the office and a clearly a usurpation of authority.

The incident and people involved in the illegal activity will be dealt with accordingly.
Meanwhile, the DENR Regions XI and XIII will continue to intensify the enforcement of forestry laws pursuant to the Joint Inter-Regional Task Force signed and approved in April 12, 2021 and in pursuit of protecting our forests and safeguarding our environment as a whole.