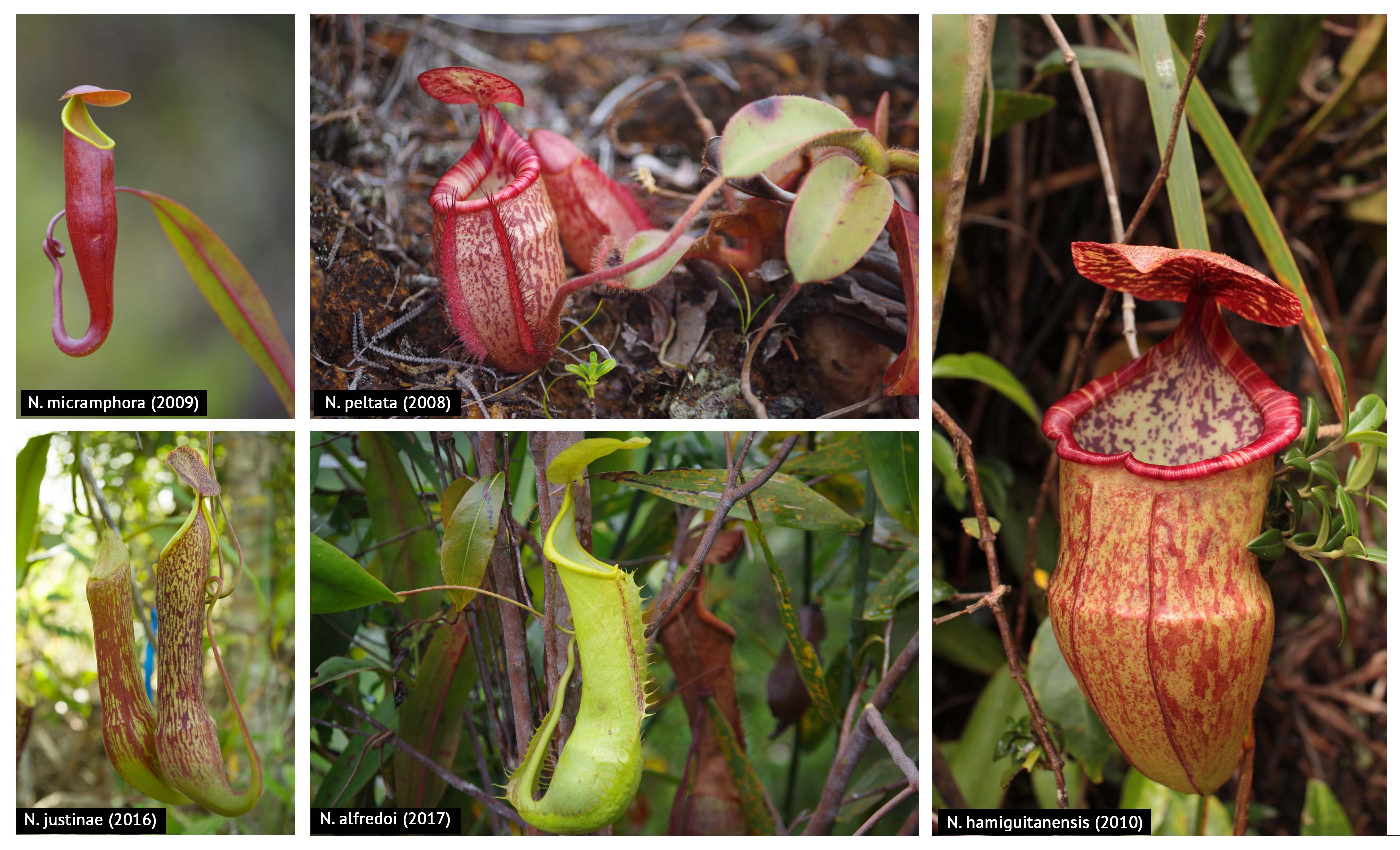 It is no secret that Mt. Hamiguitan Range Wildlife Sanctuary is one of the world’s biodiversity hotspots. For within this vast pygmy forest are the countless rare and striking site-endemic species. Some has been described while it seems a lot more are yet to be discovered.

Did you know that Mt. Hamiguitan has the Philippines’ most number of pitcher plants? And that five of which are endemic to this site? A German scientist once enunciated that these can’t even be found anywhere else in the world yet.

One factor why this mountain houses endemic plant species is its ultramafic soil which contains high level of metallic elements and less organic matter. Unfortunately, ultramafic soil deprives plants the "essential" nutrients it needs. The silver lining- some plant species are clever and resilient enough to find its way to survive through evolutionary processes such as adaptation and speciation.

Pitcher plants are one of those survivor plants. They adapted to the harsh environment by developing a modified structure in its leaf designed to lure and catch insects and other animals to supplement its nutrition. Once their prey is confined, it will be slowly dissolved by the enzyme-filled liquid inside the pitcher traps. That makes them one nimble, carnivorous plant.

All of these evolutionary processes have resulted to the sprouting of the five unique pitcher plant species in this mountain.

Humans can learn from these species as well. Such as whenever we find ourselves in a harsh, difficult environment, be resilient. Be like pitcher plants.

Meanwhile, a day to go for the PA Talk!

Mt. Hamiguitan Range Wildlife Sanctuary is among the six protected areas in the country which will be featured in the pilot episode of PA Talk, an hour of online conference organized by the DENR's Biodiversity Management Bureau and will be hosted by Deputy Speaker Loren Legarda.

Bantay Gubat; The Eyes and Ears of MHRWS For a mountain as remarkable as Mt. Hamiguitan Range Wildlife Sanctuary (MHRWS), notable for hosting numerous unique species, particularly the endemic pitcher plants, it sure needs a full-whack of conservationists.

Aside from the collaborative conservation efforts of the DENR and the local government units of Davao Oriental, there is also a strong engagement of the local community in safekeeping the mountain especially from the poachers who are after the collection of species.

They are called “Bantay Gubat”, our very own local environmental warriors who have developed deep knowledge on the terrain of the mountain and the species in it due to their extensive exposure with various scientists and researchers.

Alfredo “Tatay Pedoy” Bolante, Sr is one of them who’s been watching over the mountain for almost two decades now. Currently 58 years old, still active and keen in his job. Though one-eyed, Tatay Pedoy is able to discern even the unrevealed and undescribed species in the mountainous realm. In fact, a site endemic pitcher plant that he found not so long ago was named after him. The researchers, Dr. Victor Amoroso and his team from Central Mindanao University named it Alfredo’s Pitcher Plant or Nepenthes alfredoi.

The DENR, through the Mt. Hamiguitan management recognizes the outstanding contribution of Tatay Pedoy and the rest of the Bantay Gubat, the guides and porters for the conservation and protection of MHRWS.

Meanwhile, 4 days to go! MHRWS along with other legislated protected areas in the Philippines under National Integrated Protected Areas System (NIPAS) will be featured through a live streaming conference on June 22, 2020. This is organized by the DENR’s Biodiversity Management Bureau with the Office of Deputy Speaker Loren Legarda. 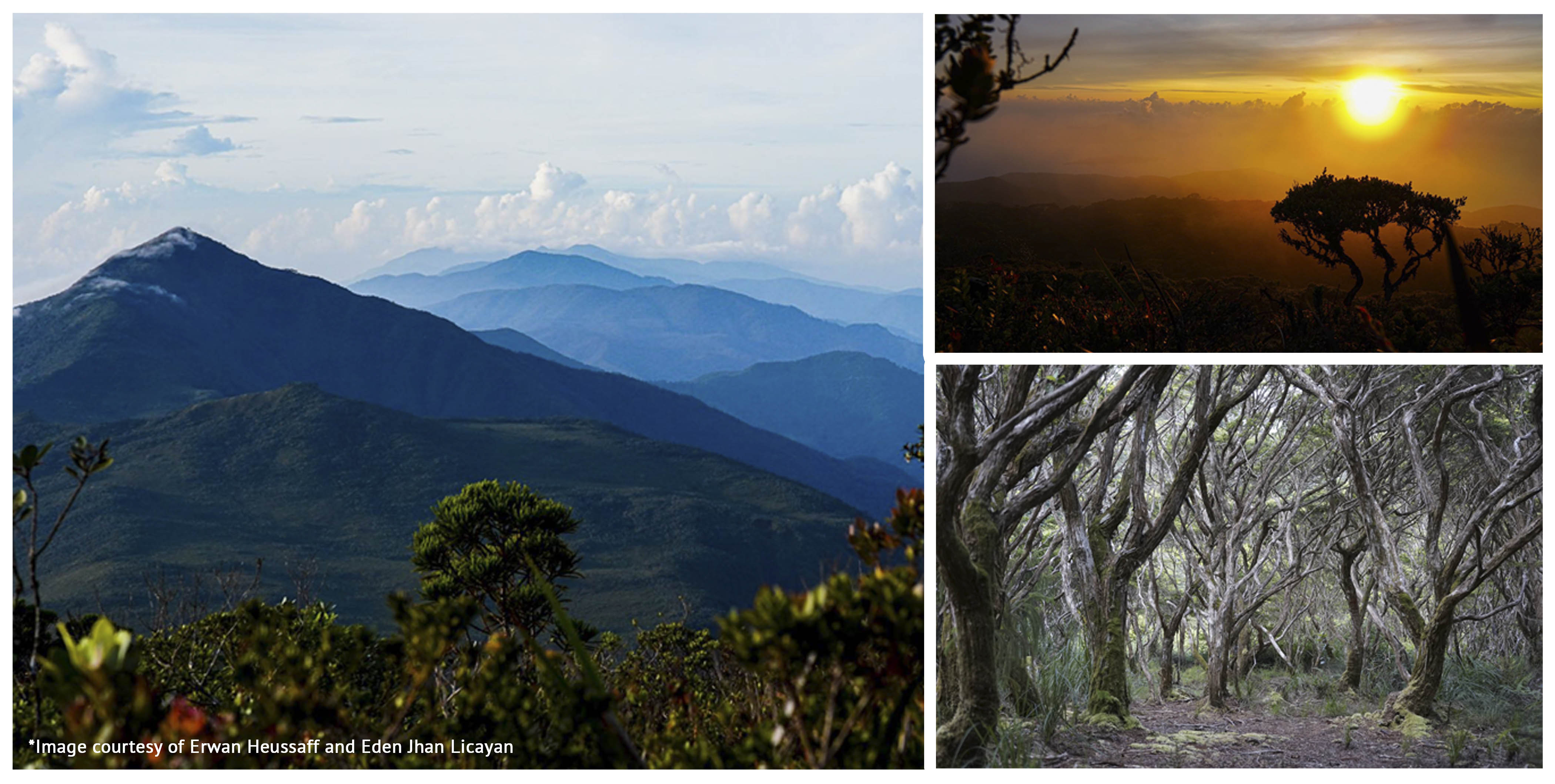 Mt. Hamiguitan Range Wildlife Sanctuary or MHRWS is one of the protected areas in the Philippines known for its range of threatened and endemic flora and fauna species. Specifically located in Davao Oriental, this protected area became a catalyst for environmental conservation and protection as it houses the critically-endangered Philippine eagle, Philippine cockatoo, bonsai forests, and pitcher plants, among others.

At present, MHRWS is a world-renowned crowning glory and jewel of the province of Davao Oriental. And adding to its glory is being officially included in the prestigious list of UNESCO’s World Heritage Site last June 2014 and being declared as an ASEAN Heritage Park in October 2014 due to its recognized outstanding universal value (OUV) that is worth sharing to the world.

It seems like the ecologically-wealthy realm of Mt. Hamiguitan Wildlife Range Sanctuary (MHWRS) never ceases to offer site-endemic new species. It means that it can’t be found anywhere else in the country, at least not just yet.

𝐴𝑐𝑡𝑖𝑛𝑜𝑠𝑡𝑎𝑐ℎ𝑦𝑠 𝑚𝑖𝑛𝑢𝑡𝑎, a diminutive grass fern is the newly described plant species that is distinct from all other species of 𝐴𝑐𝑡𝑖𝑛𝑜𝑠𝑡𝑎𝑐ℎ𝑦𝑠 or grass ferns.

The researchers revealed that its short and narrow fronds, distinct triangular stipe which connects the frond to the root and the spore-bearing part having a forked apex with white hairs are the features that differ them from all the other species. (See https://bit.ly/2YAN9bR for the research article.)

It is said that these species are still limited as it is epiphytic or dependent to a tree fern.

With its diverse and intact ecosystem, it is believed that of MHWRS still hosts a long list of undescribed species that are yet to be discovered. This pushes the continuous and intensified conservation and protection efforts for this mountain.

Kites Up, Flying Wildlife Down 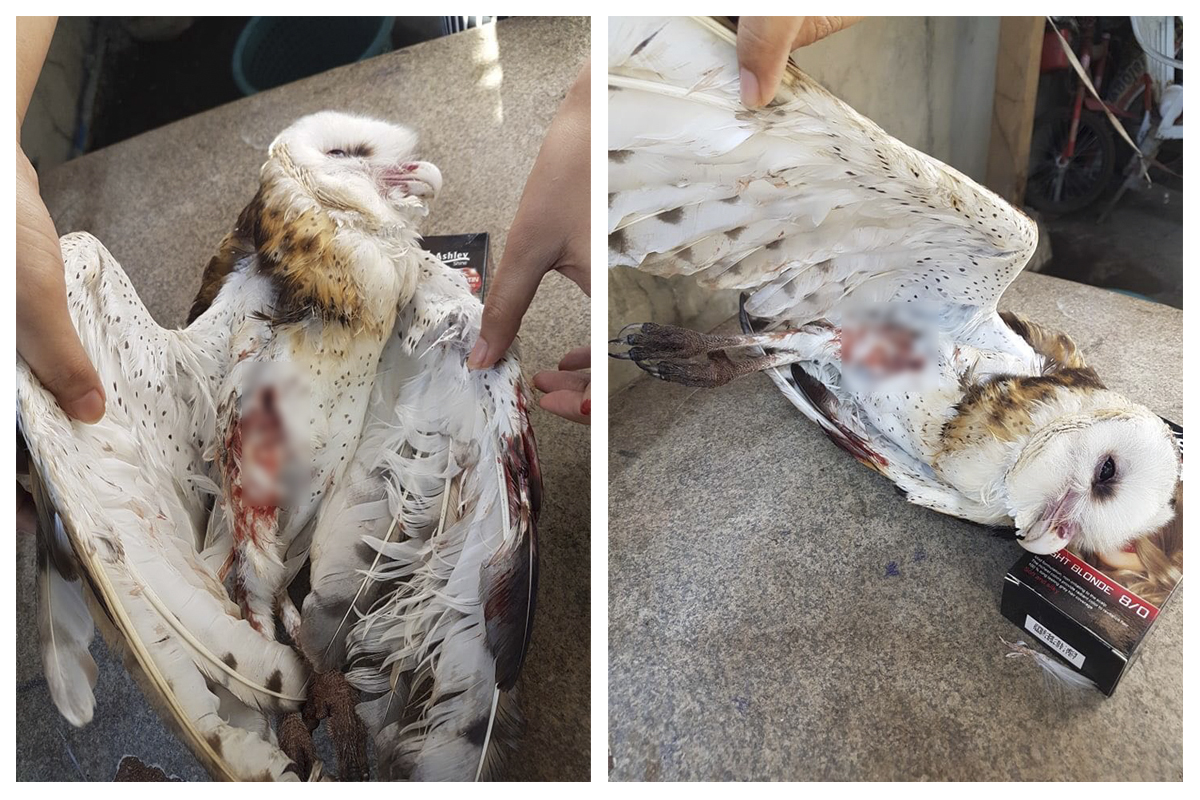 In June 6, 2020, a grass owl was found dead within a residential area in Davao City which appeared to have been entangled in a kite’s string.

It was reported and was then turned over to DENR XI with broken wings and was assessed to have acquired serious wounds causing the fall to its death.

Although kite flying is an unwinding and fun activity, this poses threat to our wildlife. Thus, we are urging the public to be responsible and sensitive to our animal species. This also serves as a reminder that any act that injures or kills our wildlife is a violation to RA 9147 or Wildlife Resources Conservation and Protection Act. Being an unlawful action, the person involved to the injury, exploitation and death of a wildlife will be held accountable.

Another wildlife was down due to human activities. Let’s all please be better stewards of environment.