What a “high” way to conclude the year 2022 due to this newly described pitcher plant named 𝑁𝑒𝑝𝑒𝑛𝑡ℎ𝑒𝑠 𝑐𝑎𝑛𝑑𝑎𝑙𝑎𝑔𝑎 that was found in the tropical upper montane forest, nearing the summit of Mt. Candalaga in the Municipality of Maragusan, Davao de Oro. 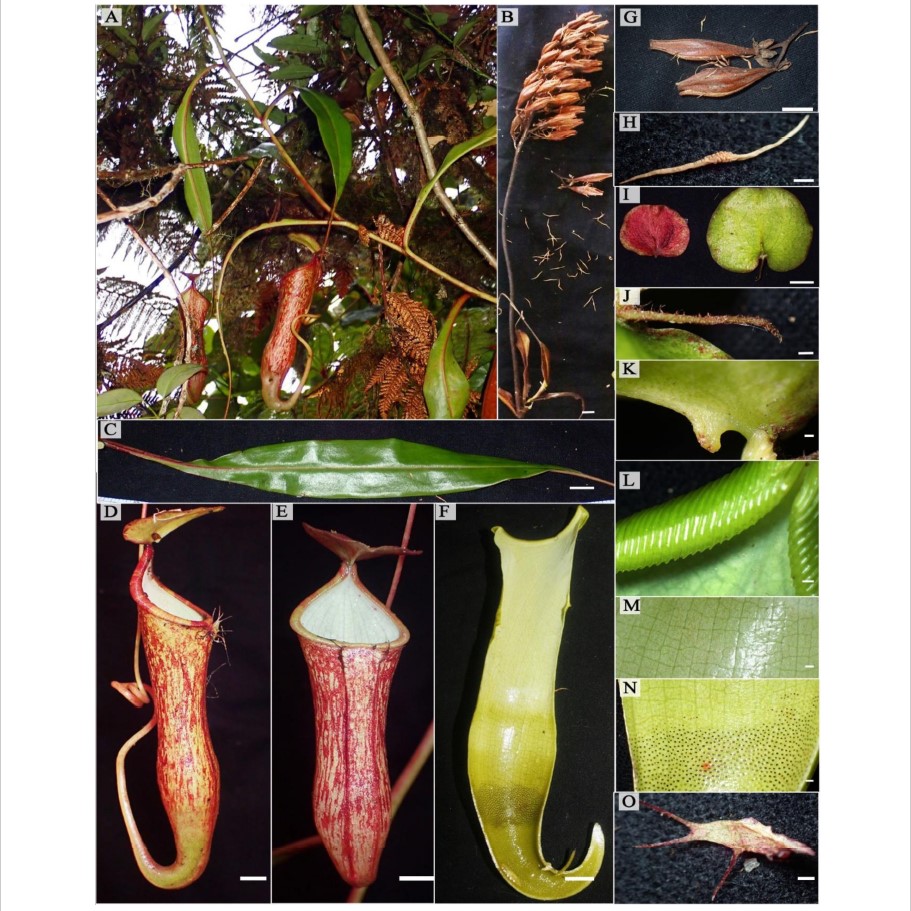 𝑁. 𝑐𝑎𝑛𝑑𝑎𝑙𝑎𝑔𝑎 is the 38th species of Nepenthes in Mindanao and is a Critically Endangered one according to IUCN criteria. The figure, on the other hand, has made the island of Mindanao, on top for having the highest concentration of pitcher plants in the country.

𝑁. 𝑐𝑎𝑛𝑑𝑎𝑙𝑎𝑔𝑎 is similar to 𝑁. 𝑗𝑢𝑠𝑡𝑖𝑛𝑎𝑒, a pitcher plant that is endemic to Mt. Hamiguitan in Davao Oriental but the two species differ in morphology. The said new species have 2-3 longitudinal veins running in parallel with the midrib, an orbicular lid and a non-bifid lid spur tip among others.

The scientific stride was made by the researchers of Central Mindanao University (CMU), particularly authored by Mr. Noel Lagunday, who came to conduct a biodiversity expedition during the reconnaissance climb led by DENR-XI Regional Director in April 30-May 3, 2021.

The said climb aims to gather date that would contribute to the pace in proposing the said mountain as a Protected Area or a Critical Habitat of threatened species.