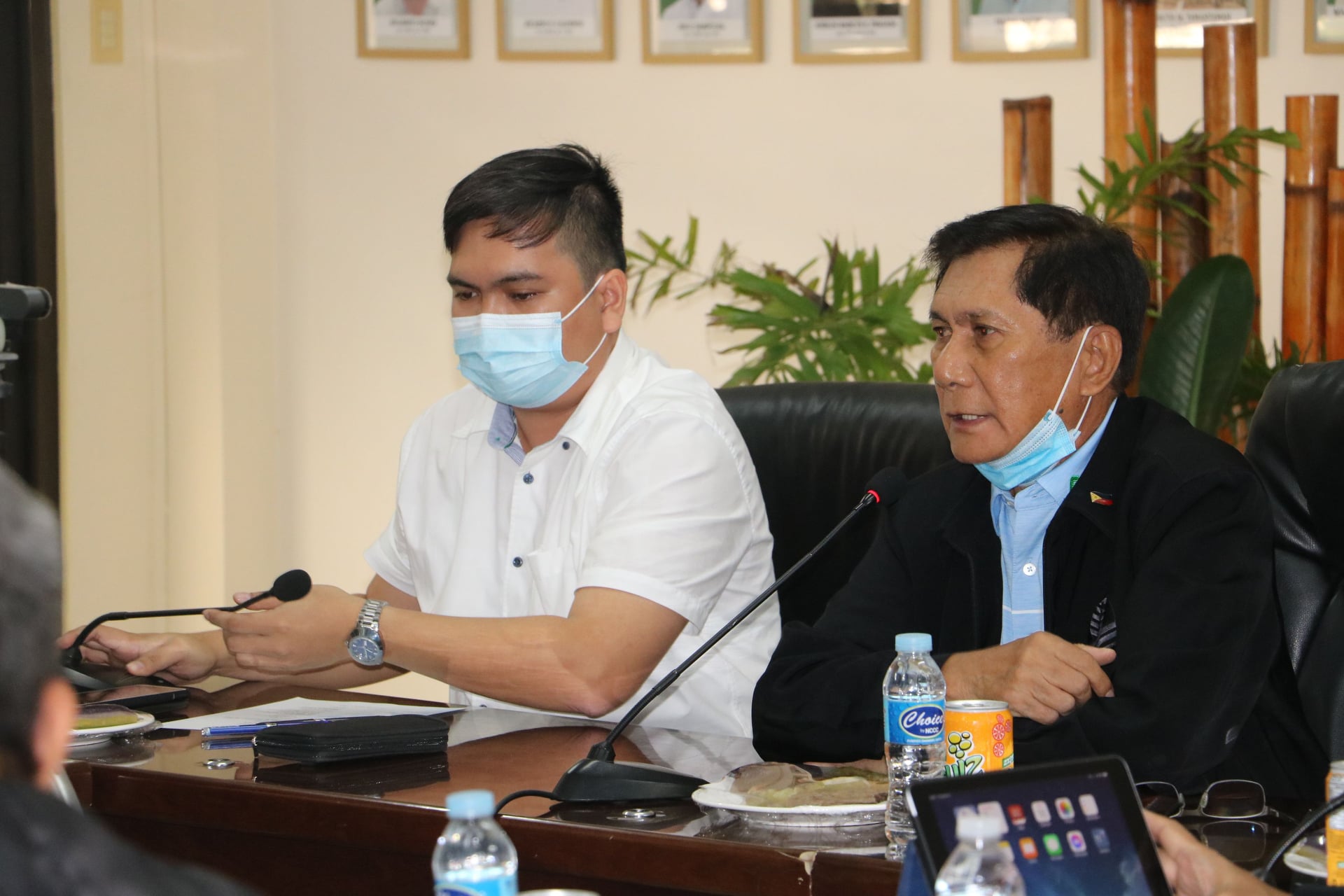 DENR Secretary Roy A. Cimatu recently visited the DENR-XI Regional office to convene with the top management, led by RED Bagani Fidel Evasco, on the development of various programs and projects being implemented across the Region’s provinces.

The discussion focused on various issues such as the flooding in Davao City wherein water bodies like rivers and creeks are under the supervision of DENR. It is in lieu of the Build Back Better Task Force that is jointly led by the DENR alongside the Dept. of Public Works and Highways or DPWH. It is an EO signed by Pres. Rodrigo Duterte in November 2020 that ensures post disaster rehabilitation and recovery efforts on the areas ravaged by typhoons.

Citing the mission statement of DENR, he encourages the officials of the region to exert all efforts with political will, one that is comparable to the success of Boracay Rehabilitation and in compliance to the directive of the president. He also instructed the Mines and Geo-Sciences Bureau (MGB) to validate areas that are prone to flooding and to constantly coordinate with PAG-ASA to forewarn the LGUs on the possible occurrence of natural calamities.

The state of the Naboc River was also tackled where the Secretary reiterated that everyone is ought to be involved in rehabilitating the chemically-polluted river and to reduce the coliform level in its waters. It can be recalled that in 2019, the DENR XI launched the “Lihok Alang sa Naboc”, a cleanup operation for the 24-km Naboc river in Brgy. Mt. Diwata, Diwalwal, Monkayo, Davao de Oro.

On the National Greening Program, Sec. Cimatu reminded the field officials (PENROs and CENROs) on the program’s core objective- to increase the forest covers in the entire country both within the protection and production areas. “You cannot succeed if you fail to plan it properly,” he said. With conviction, he pronounced that he will not allow a program to fail.

"If you succeed, I succeed. If you fail, I fail”, he said. He however commended the CENROs as highly significant workforce of DENR being the on-ground labour pool that ensures the implementation of the department’s programs and projects.

Accompanying Sec. Cimatu during the visit were Usec. Rodolfo Garcia in concurrent capacity as Chief of Staff, USec for Enforcement Benito Antonio de Leon and ASec for Administration and Human Resources Ruth Tawantawan. The DENR XI top management and field officials also gathered to take heed on the Secretary and his company’s directives.