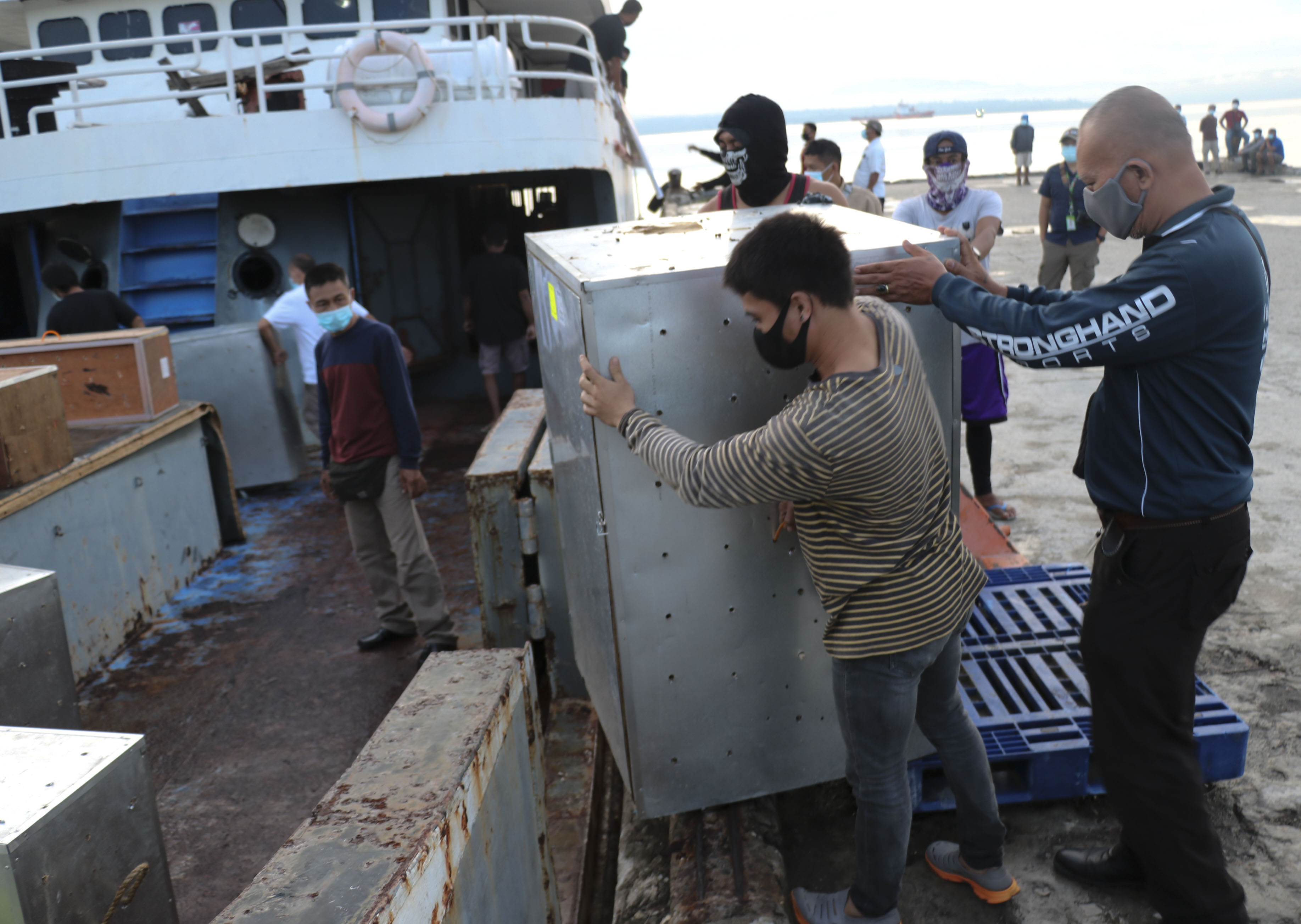 A total of 91 wildlife animals were repatriated to Indonesia last July 27, 2020, an activity led by the Indonesian Consulate together with the Department of Environment and Natural Resources (DENR-XI) and the Davao Crocodile Park and Zoo.

This is the first in the region and the Philippines to return rescued wildlife species in its country of origin. Under the Convention of International Trade in Endangered Species (CITES), repatriation of confiscated CITES-listed animals to the country of export is considered an option for disposal by a confiscating authority.

It can be recalled that Task Force POGI (Philippine Operations Group on Ivory and Illegal Wildlife Trade) composed of representatives from the National Bureau of Investigation (NBI), DENR, Philippine National Police (PNP) and the Philippine Army (PA) apprehended a total of 450 different kinds of exotic animals on April 8, 2019 in Barangay Dahican, City of Mati, Davao Oriental.

These wildlife species, composed of birds, mammals and reptiles came from Indonesia and were mostly categorized as endangered under the CITES.

Task Force POGI was organized by DENR in 2013 to curb poaching and illegal trade of wildlife in the country.

Out of the 450 animals that were apprehended last year, only 225 were turned-over to the Davao Crocodile Park and Zoo as there are already a number of these animals that died due to stress caused by prolonged travel from Indonesia to Philippines. The Davao Crocodile Park and Zoo is a facility that caters various turned-over animals ranging from mammalian, avian and reptilian species and is also one of DENR-XI’s main partners in the conservation and perpetuation of wildlife animals.

As of December 2019, 125 animals were inventoried, 91 of which were found fit for repatriation. Among these animals are Greater Sulfur-crested Cockatoo, Palm Cockatoo, Black-capped Lory, Northern Cassowary, White-striped Wallaby, Blue-tongued skink and Rainer Gunther Monitor.

On the other hand, 20 animals were found not fit for repatriation and there were 14 animals listed as mortalities. According to the Davao Crocodile Park Chief Operations Officer Ana Maria B. Borja, animals that were not fit to travel are either being monitored or has already succumbed due to possible disease or abnormalities.

“We are continually monitoring these animals for improvements and making sure that they will come back to recovery,” she said.

Consulate General of the Republic of Indonesia Dicky Fabrian said that the animals will be placed in a wildlife sanctuary in Tasikoki Wildlife Rescue Centre in Bitung, Indonesia where their health will be regularly checked.

“Then if the animals are deemed fit by our medical team, they will eventually be freed back in the wild which is their natural habitat,” he said.

Consul General Fabrian also said that they will undertake some strategies in order to prevent illegal trading of wildlife in Indonesia and its borders, one of which is to educate the people that illegal trading of wildlife animals threatens the sustainability of nature and it incurs strict penalties and consequences. They would also want to scale-up their enforcement strategies in their key trade ports through improving their cooperation with inter-state border patrol counterparts.

“Both countries must take an active role because even though we educate our people not to trade wildlife, traders can still bring these animals illegally through sea and air connectivity,” he said.

On the other hand, DENR Assistant Secretary for Field Operations Eastern Mindanao and DENR-XI Regional Executive Director Ruth M. Tawantawan, lauded the successful coordination between the DENR, the Indonesian Consulate and the Davao Crocodile Park that eventually resulted to the repatriation of wildlife animals.

“Rest assured that under Secretary Roy A. Cimatu’s watch, the DENR will always be on guard in curtailing wildlife trading. We are also hoping that there will be no more wildlife trading to also keep us safe from the risk of the possible accidental transmissions of diseases from the wildlife,” she said.