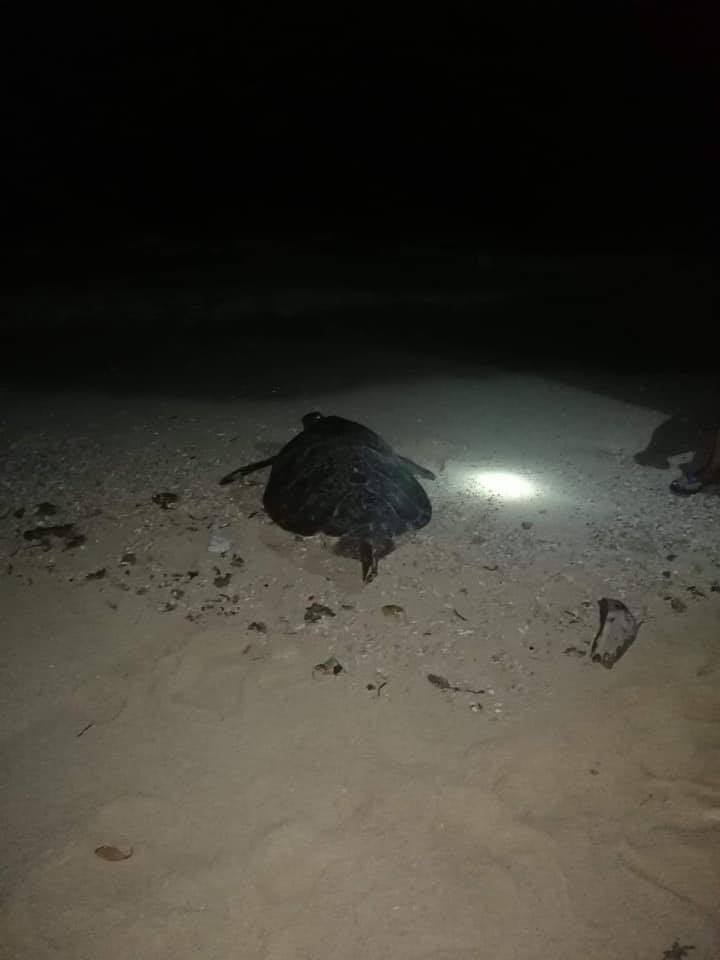 A green sea turtle was recently rescued by DENR-XI’s Provincial and Community Environment and Natural Resources Offices (PENRO and CENRO) of Digos with the assistance of the members of the Philippine Coast Guard (PCG) substation in Sta. Cruz, Davao del Sur.

Days after the rescue, the seemingly-weak pawikan was transferred to the Aboitiz Cleanergy Park in Davao City and was later found out to have ingested a plastic trash as it has been continuously excreting plastics for 3 days. With the guidance of Cleanergy Park’s in-house veterinary, vitamins were intravenously given to the pawikan to help restore its good condition.

DENR-XI’s Protected Area Management and Biodiversity Conservation Section Chief Marigelaine Arguillas said that they appreciated the great efforts of the PCG as they have gone beyond their call of duty to rescue the pawikan.

“Everyday, they would swim in the ocean to get seaweeds for the pawikan to eat. And when we transferred the pawikan from Digos to the Cleanergy Park in Davao City, the PCG also provided some of their shirts and towels so the pawikan will be comfortable during the transfer,” Arguillas added.

Green sea turtle species is one of the 5 sea turtles known to occur in the Philippines along with the Hawksbill turtle, Olive ridley turtle, Loggerhead turtle and Leatherback turtle. Under the International Union for Conservation of Nature or IUCN, Green and Loggerhead turtles are categorized as endangered while Olive ridley and Leatherback turtles are categorized a vulnerable.

On the other hand, Hawksbill turtle is categorized as critically-endangered. Killing, collecting, trading, hunting and other related activities that pose threat to these species is punishable as it is a violation to RA 9147 of the Conservation and Protection of Wildlife Resources.