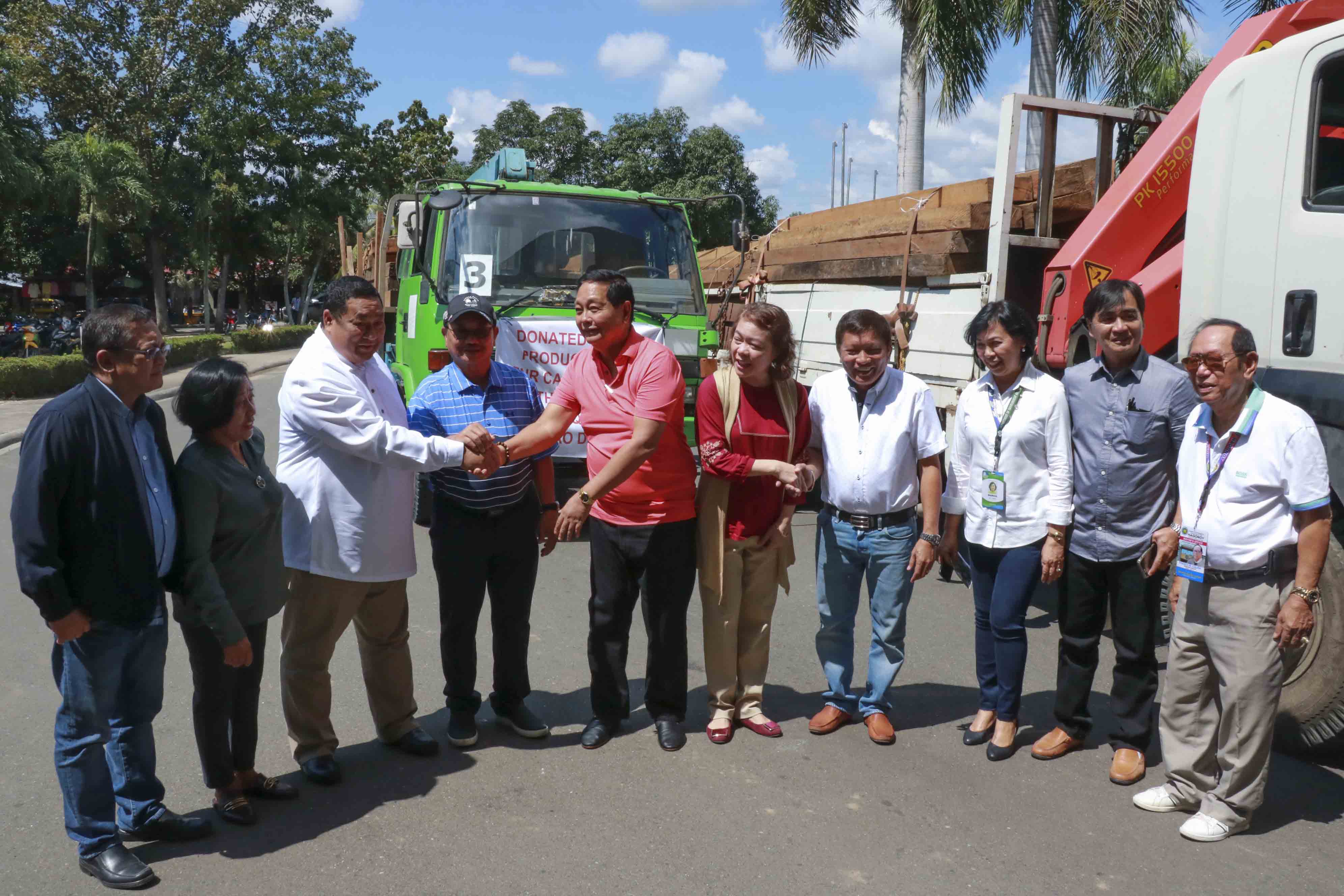 A total of 31,892.54 board feet of confiscated forest products were donated by the Department of Environment and Natural Resources (DENR) Regions 11 and 13 to the province of Davao del Sur last January 30, 2020.

It can be recalled that DENR Secretary Roy A. Cimatu issued a directive to its Mindanao offices last year to release confiscated lumbers to help Mindanao earthquake victims rebuild their homes.

During the signing of the Deed of Donations, DENR Undersecretary for Enforcement and Muslim Affairs Jim O. Sampulna said that the donation of forest products to Davao del Sur is one way of telling the people that DENR’s mission is not only to have a cleaner and greener environment, but it also includes looking at the welfare of the people.

Moreover, Assistant Secretary for Field Operations Eastern Mindanao and DENR 11’s Regional Executive Director Ruth M. Tawantawan assured the people of Davao del Sur that helping them rebuild their homes is one of the important things that Secretary Cimatu would want to attend to.

“As Secretary Cimatu is committed to have a DENR that gives high quality of service to the people, we are extending whatever assistance we can give especially to those communities who were affected by the devastation caused by the earthquake incident.”

Davao del Sur Governor Douglas RA. Cagas expressed his gratitude to DENR for the help they have extended in rebuilding the homes and lives of the earthquake victims.

“It’s painful to see the destruction caused by the earthquake that’s why I am very thankful to the DENR for donating these confiscated forest products. I know this will not be the last for I know they are really committed to help,” he said.

Cagas revealed that there were 9,000 homes in Davao del Sur that were totally damaged and 30,000 homes that were partially damaged. Mayors from the different municipalities of Davao del Sur also expressed their appreciation to the DENR for donating the confiscated lumbers to their province. They said they are hopeful that they could immediately start constructing temporary homes for the victims.

Also present during the event is Mindanao Development Authority (MinDA) Chairman Emmanuel “Manny” Piñol who said that Secretary Cimatu immediately responded to LGU’s request for donations of lumbers which they could use for the construction of temporary shelters.

“DENR’s move to donate confiscated forest products to earthquake victims is actually showing to the people that this is a responsive government. We respond to the situation and we adjust our governance,” he said.

On the other hand, DENR 13’s Regional Executive Director Atty. Felix Alicer said that there are no political boundaries when it comes to extending help to the people. “We really want to help rebuild the lives of these earthquake victims in Region XI especially in the province of Davao del Sur. And to extend our help, we have to expand our jurisdiction.”